on the assembly end of trying to get the lower control arm (I know that’s probably not what its called) to the knuckle. For the guys who have done this, any secrets? I knew reassembly would be a bitch as I had to beat the piss out of it for removal, which made me nervous with those cast aluminum pieces. So I’m thinking of putting an abrasive wheel to the 4 mating surfaces just to gain a little room. Maybe grease ‘em up then try to install. Thoughts? Thanks as always. 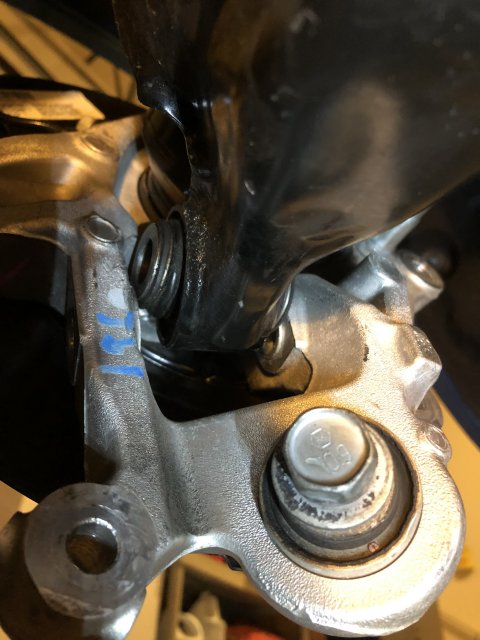 How we got here aside (I did the axle swap differently)...

I don't like the idea of removing material from those surfaces. (At most, I might consider putting a small chamfer on the leading edge to facilitate the initial engagement). You don't want to lose the tight fit tolerance between those two parts once they're together.

Is the sliding pin knuckle causing the issue ?

Sent from my BBF100-2 using Tapatalk

I dropped the diff to install mine. Highly recommended, took all of 30 minutes. However where you are now just take a pry bar and move it, youre not going to hurt anything.
OP

Hpindy said:
Is the sliding pin knuckle causing the issue ?

Sent from my BBF100-2 using Tapatalk
Click to expand...
Seems to be @Hpindy . Since it's located in that rubber bushing it moves all about while trying to work one end in, the opposite side is moving in the opposite direction. I've got to see of that protruding collar you see on the right hand side will slide outboard, that would help. The mating surface for the left side is right behind that faint white circle. The knuckle needs to be raised up about an inch.
The d/s axle popped right in, which I thought would be the pita part of the job. I also did the front brakes in my CTD, which is my daily driver, so it was a relaxing day off of work, working on cars. I had had enough by the time I got to this point. I'll hit it again tomorrow.
I considered dropping the diff and working from the inside out, but didn't want to mess with my d/s. Had I gone that way I would have ordered the Lock Out Bushings and done that whole job.
OP

I just looked at an old video of Speedys, he says that sleeve can be tapped back to aid in getting it back together. He also hit the surfaces with a mild wheel. Looks like I might be good to go for tomorrow. More later. Thanks

Its far from over…

Don’t grind anything!! Take a brass drift and with a big hammer wack the bushing back a few thousands and it will slide right up in place. It’s the worst part of the job doing it via the wheel hub side. If you do it this way enough times you’ll get to know to wack the bushing back before getting the new axles in place. When you put the Allen hex bolt back in and torque it it pulls it back in place again, so every time you take it apart you have to wack it back a bit before it will go together again. I’ve done it both ways, dropping the Diff and doing from the hubs, each way has its pros and cons.
(Edit auto spell correct corrections)
Last edited: Dec 3, 2021 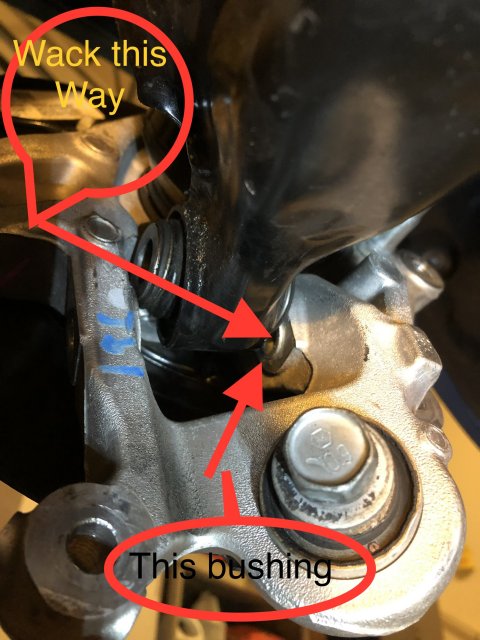 ^^^ Exactly. And if you can’t get to it because there is crap in the way, you may have to take a few things back apart, but that’s the only way you’re getting it in there. Don’t touch any of the surfaces, no need. Whack it and be done.
OP

Thanks Mike, thanks Jack. The will be tomorrows project.

Guess you didn't follow @jonx96 thread. Jon also did it this way being he thought he was only going to have to remove one axle but had to drop the diff anyway and it turned into a nightmare trying to get the passenger side back together

You'll get Tony but it can be frustrating I know. I've got my popcorn and refreshments all lined up..lol
OP

@vortecd passenger side next. It was looking like the MFER exhaust valve sims were going to be in the way but no prob there.
OP

So the drivers side complete. Getting that knuckle assembly together was a serious pain in the joint. I guess I managed to get that bushing in enough to get it all together, not an easy task however. Dreading the passenger side, but maybe over the weekend? Also, my AAD stuff arrived today but I’m concentrating on getting the axles in. Next task will be the passenger side axle and the suspension bits. 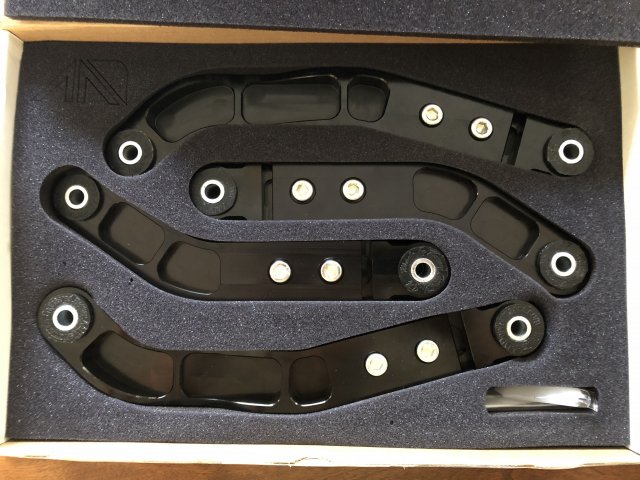 Old Mopar Guy said:
So the drivers side complete. Getting that knuckle assembly together was a serious pain in the joint. I guess I managed to get that bushing in enough to get it all together, not an easy task however. Dreading the passenger side, but maybe over the weekend? Also, my AAD stuff arrived today but I’m concentrating on getting the axles in. Next task will be the passenger side axle and the suspension bits.
View attachment 58792
Click to expand...
are you planning on going roundy round or straight line with the car ??
OP

@oilburner I'm just a tinkerer who likes to improve over what the factory did due to cost cutting measures I guess. I've been concentrating on getting the power down reliably with minimal chance of parts breakage. I did the cradle lock out bushings last year along with the Wiles 4in D/S. DIRS Brace as well and a Barton shifter for the M6. I don't track the car, due in part to no tracks being on L.I. Just want to remove all the squishiness from the rear. Perhaps 17's in the future w M/T's? Currently rolling on 11in. PK5's and Nitto 315 NT05R's in the rear.
OP