What did you do to your Hellcat today?

AeroF16 said:
. Just a big change from the Black wheels which were very subtle in my opinion.
Click to expand...
I'm sick and tired of black wheels.
Then again, many are so ugly that it's a good thing that they're black.

AeroF16 said:
Took it to the park today and it’s growing on me a little more. Just a big change from the Black wheels which were very subtle in my opinion.

Click to expand...
Freaking beautiful! I may be biased tho
I really do think they look good... have em paint the caps

Edit.. Or not they look good either way 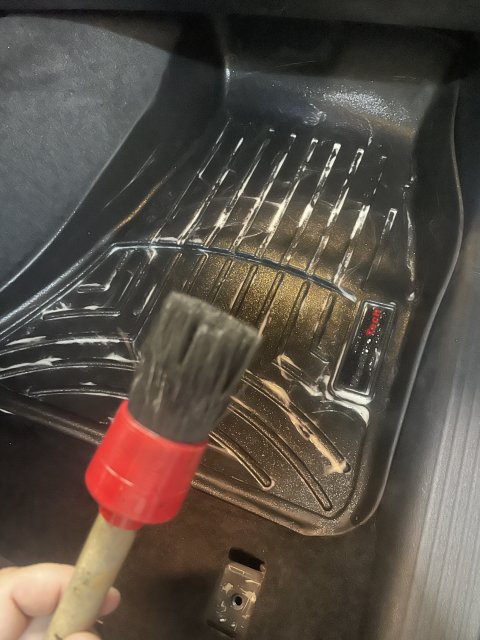 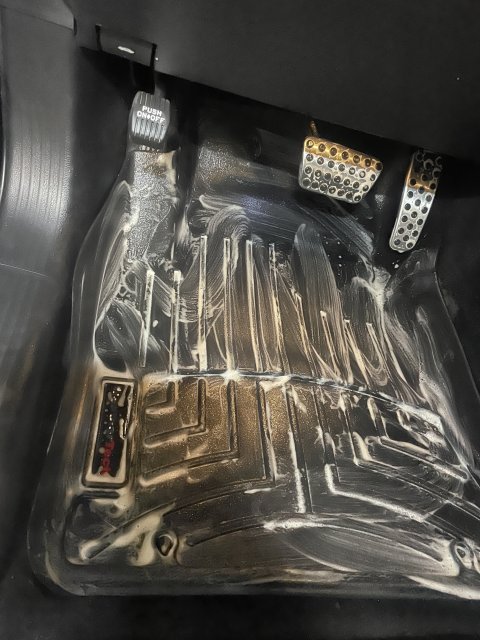 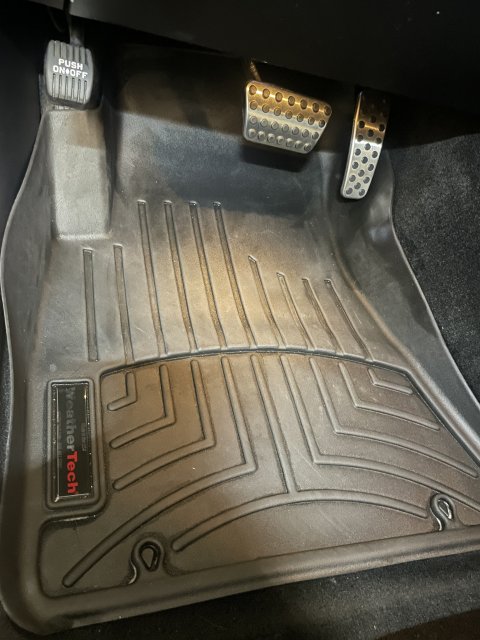 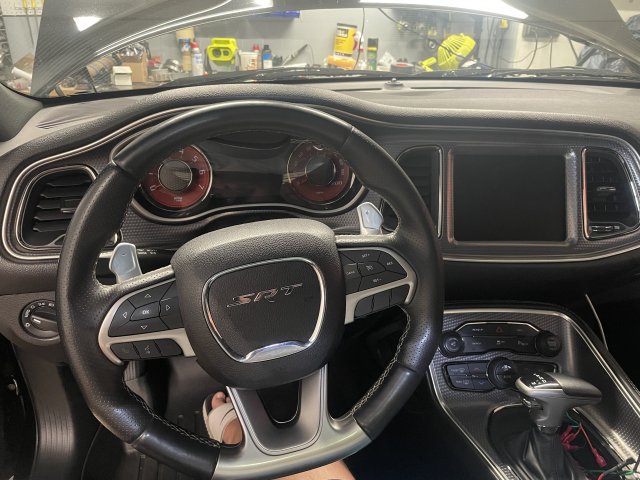 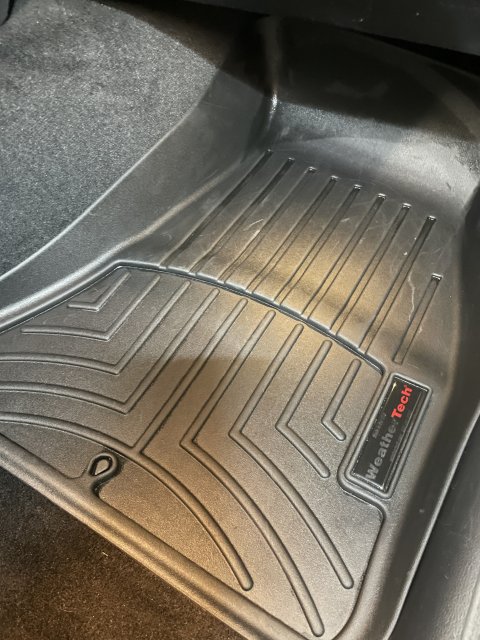 You know, those mats come out...

BULL said:
You know, those mats come out...
Click to expand...
Beat me to it

BULL said:
You know, those mats come out...
Click to expand...
And?

The motor also comes out too but you don't see me trying to yeet that either... 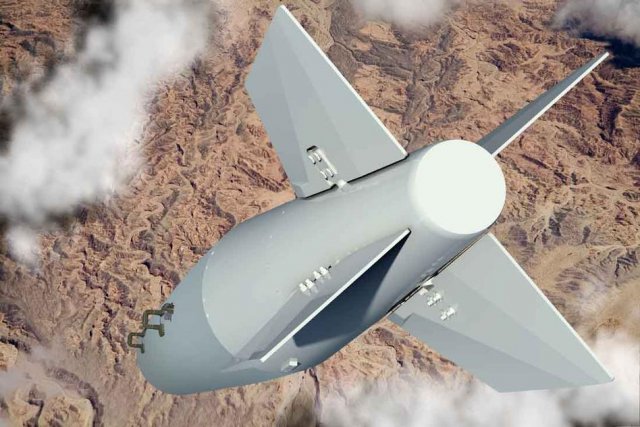 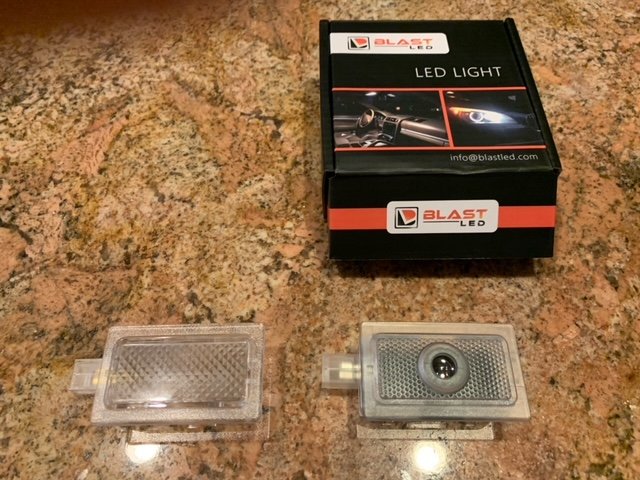 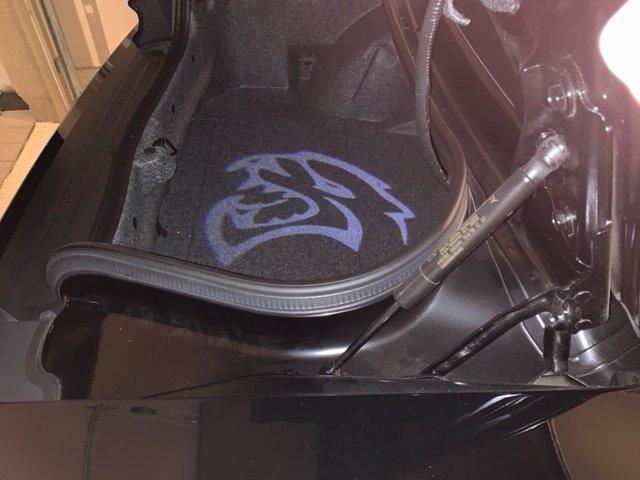 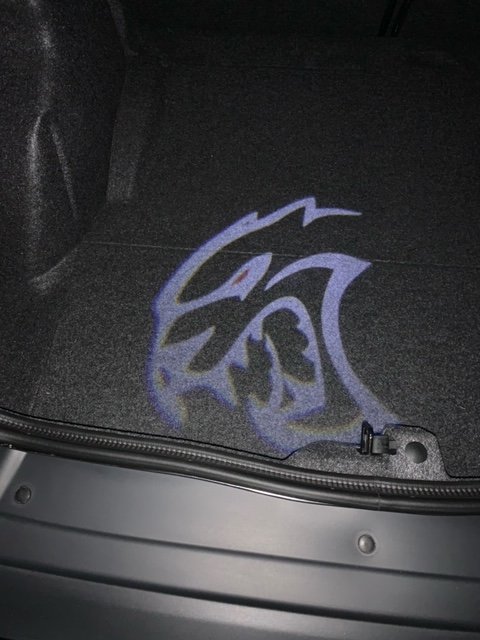 The motor also comes out too but you don't see me trying to yeet that either...

Click to expand...
I did one months ago provided by a member. Still going strong. ;-)

Bigger question than the in-car floormat cleaning, is what electrical nightmare is taking place to the right of the shifter? When I see wires, I get scared.

45-70govt said:
Bigger question than the in-car floormat cleaning, is what electrical nightmare is taking place to the right of the shifter? When I see wires, I get scared.
Click to expand...
Electricity is clean. Nothing to see there...or to worry about.

45-70govt said:
Bigger question than the in-car floormat cleaning, is what electrical nightmare is taking place to the right of the shifter? When I see wires, I get scared.

Click to expand...
killer chiller drag valve and the 3 way bypass valve. Im in the process of getting them out of the console and moving the switches to the steering column panel.

Had some interest in the light. Here is the link:

I like the product overall but the projection is not in the center of the trunk and it doesn't provide much light. Cost is $30 plus shipping. I used the $5.00 shipping and the package arrived in about 8 days.

I came out with this product years ago.

I think it's still in my vendor section.

Sent from my SM-G955U using Tapatalk

Purchased a more advanced OBD2 code reader to diagnose an ABS fault on another vehicle. Heard about other people plugging those into their hellcats and coming up with codes that don't throw a MIL/CEL. Plugged it into my mine and did a "FULL BODY SYSTEM SCAN"; had a bunch of stored codes pop up...microphone, humidity sensor, door, blah, blah, blah. My guess was that these are thrown off when your battery dies as most of them said some sort of low voltage fault. I purchased mine used, and in the carfax, it mentioned that a battery was replaced prior to my purchase. Probably sat on the lot and died like numerous vehicles before.

I erased all the faults and am eager to see if anything pops up after some driving. The one thing that I was interested in was the microphone. When I take calls, 3/4 of the time, people say they can't hear me, so I wonder if I have a bad unit/ground there.

Washed, clay barred, washed, and waxed today. Rather be driving, but it needed it.

Was at the local airport watching some jets take off. Good thing about DG is that it pretty much looks the same whether it’s dirty or clean 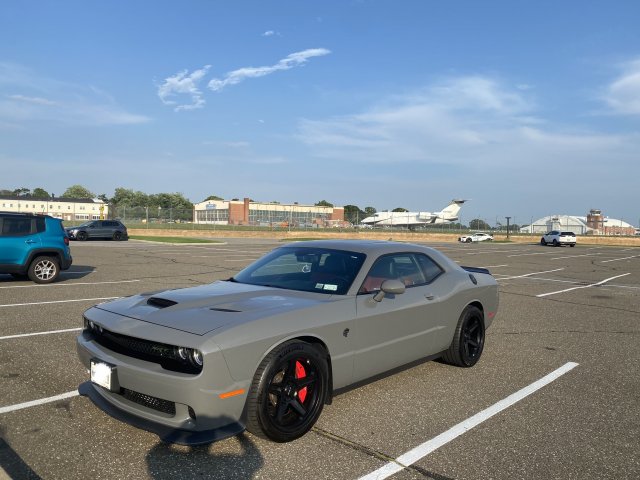 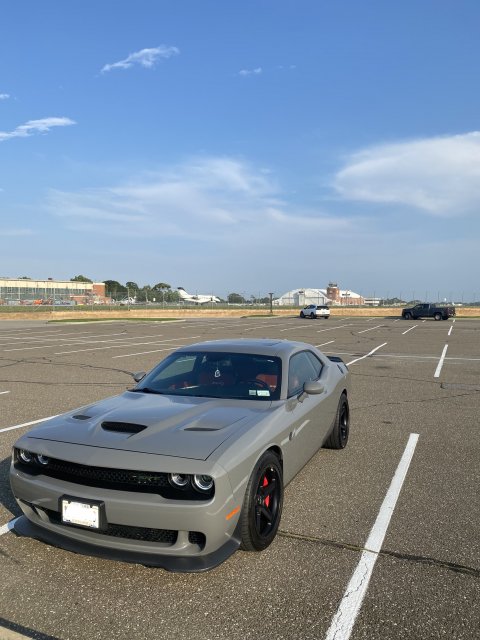 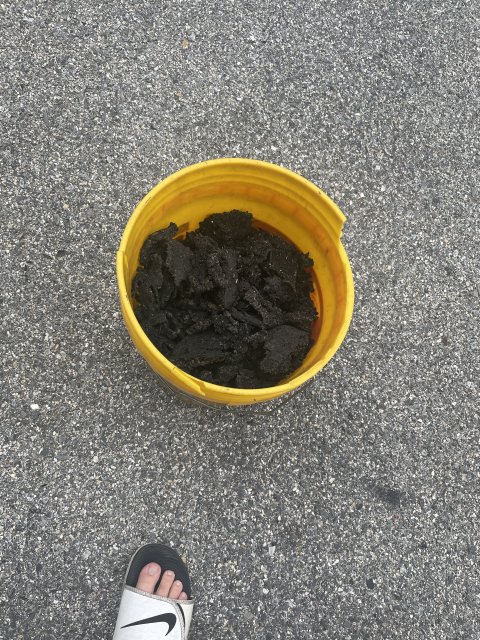 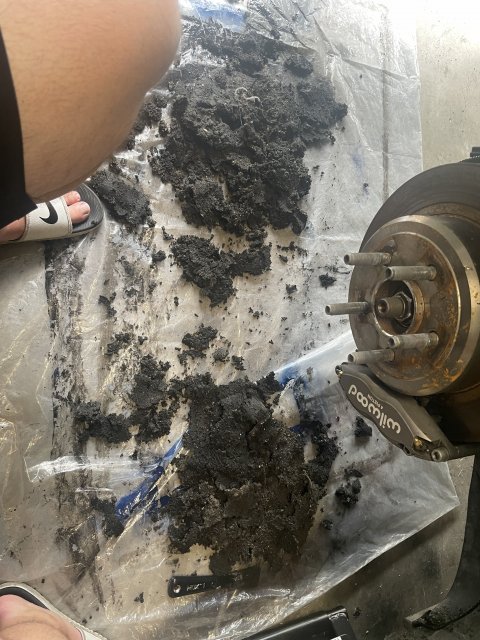 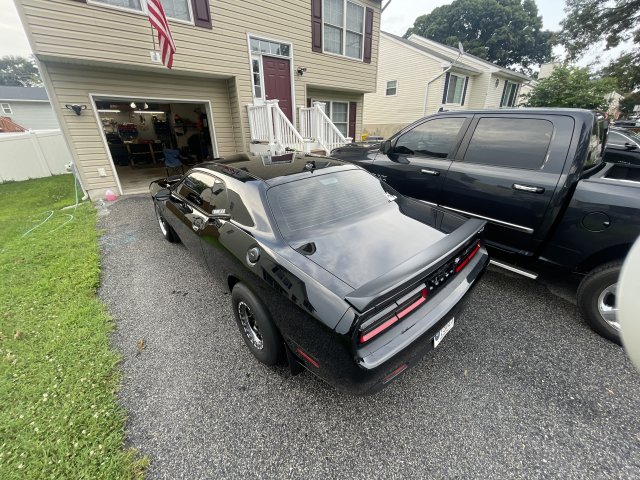 Spent about half a day working on my cars outside in the 95 degree humid weather. For the Hellcat, changed my rear diff fluid using Amsoil Severe Gear Duty fluid in the bag. That was about the easiest rear fluid change that I've ever done and having the fluid in the bag (not having to breakout the transfer pump) made it super easy.

Had an ABS light pop on the Viper the other week. Didn't have a code reader that did ABS codes, so bought a more expensive one. The scan came back and said it was a fault at the Front, Right ABS sensor. Ordered the part and replaced only to have the ABS sensor remain on. I scanned again and said there were no ABS faults. Light was still on, then tried to erase the code again on the scanner, which once again says there are no ABS faults. The ABS light still remains on. I only drove it a few feet, but the ABS light didn't reset. I'm not sure what to believe...am going to be on the track on Saturday and really enjoy ABS (apparently if there is a fault, the ABS won't work at all). Hoping it resets on the drive to the track; else I'm probably going to have a bad day. Might try to unplug the battery, but then all computer adaptives will reset; perhaps that's a good thing before getting on the track.