How-To: Installing a Challenger HK Sub Box in a Charger.

Challenger with the HK sound system, comes with a dual sub box, under the trunk floor. Charger with HK... no dual sub box.

Good news is that the HK Challenger sub box drops right into the 2015+ Charger.

To accomplish this upgrade, I rewired the OEM subs, for an 8 ohm load. This dropped my 400 watt monoblock amp down to a 100 watt output... which is slightly above the rated 75 watt RMS, of the woofers.

Okay... here's the deal. There are 2 dual voice coil woofers. 3 of the voice coils are connected. We will be wiring up all 4 voice coils, to get the proper load.

4 t-taps
4 3.5mm female spade connectors
Some 1/4" shrink tubing, or electrical tape (maybe some friction tape, for the old timers, out there.).
3 feet red 18awg wire.
3 feet black 18awg wire.
NOTE: You won't use all the wire, but it's good to have enough on hand to screw something up & start over.

This will net you RED + & WHT - at the connector, to run to the output of the amp.

Disregard all other wires, at the connector. They are already spoken for, inside the box.

Here are my notes: 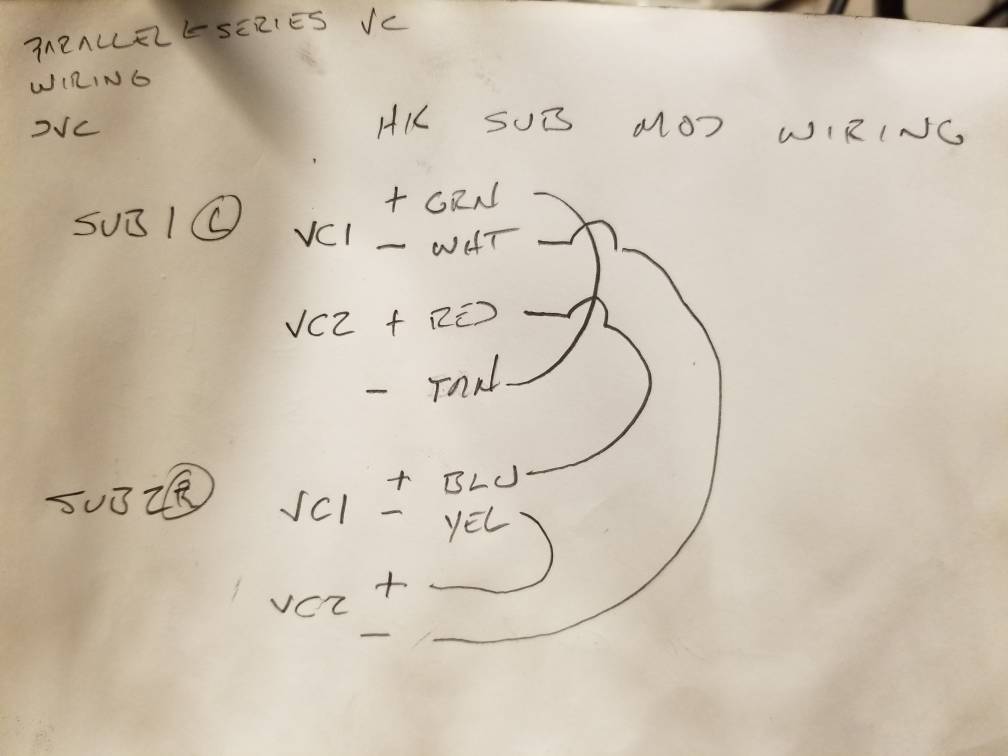 Here are a few pix, of the woofers and jumpers... showing the wire colors and connectors. 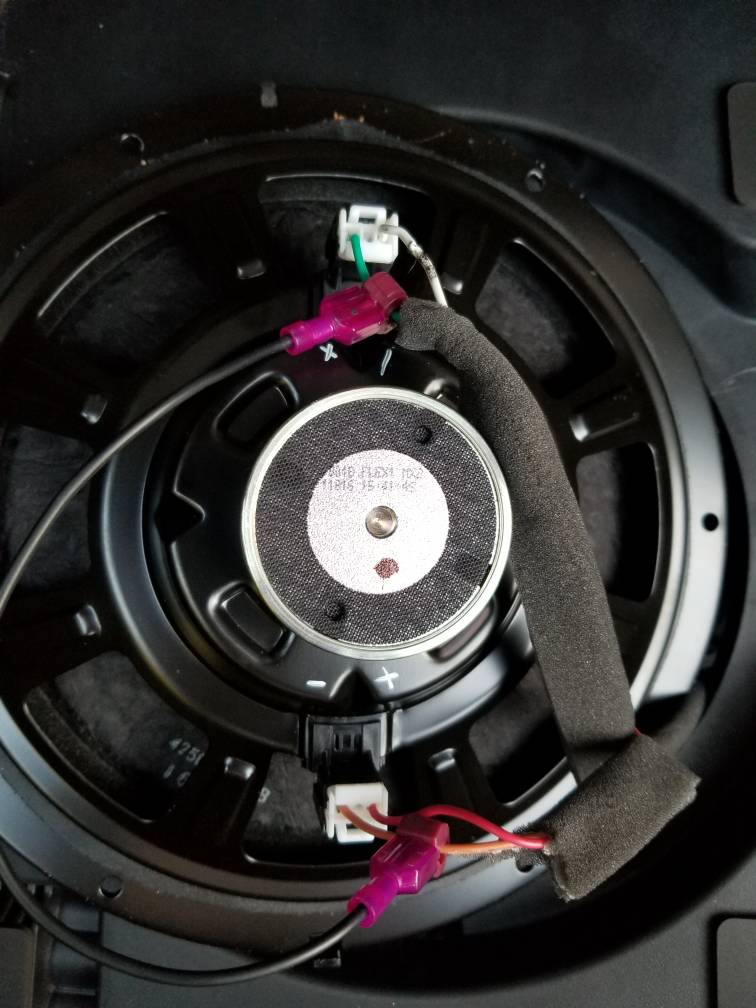 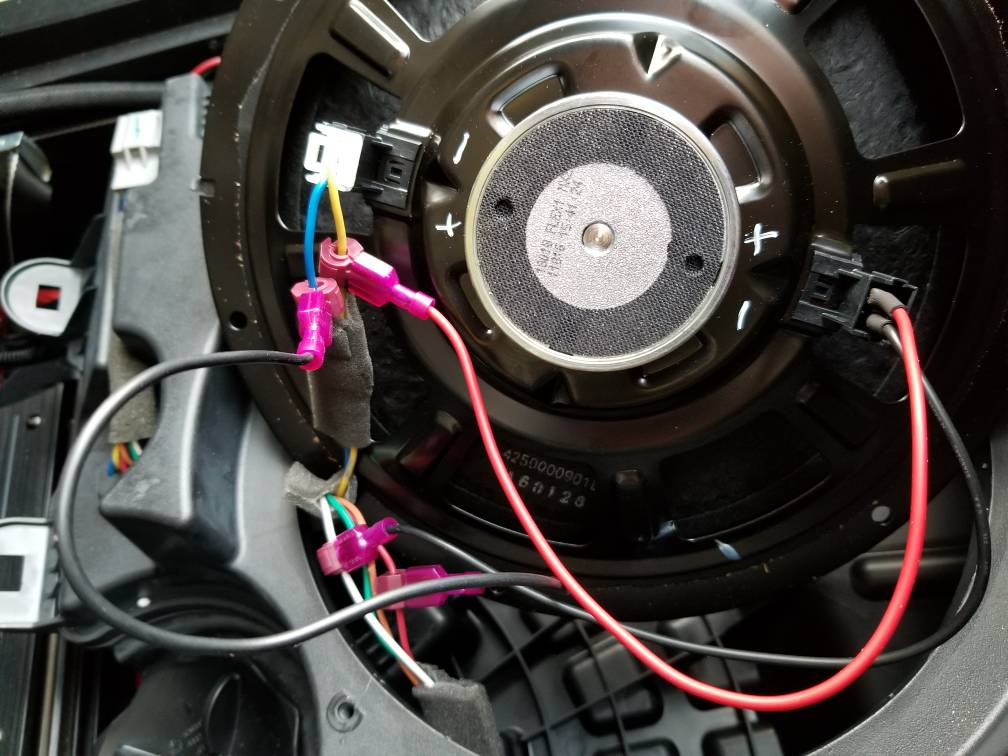 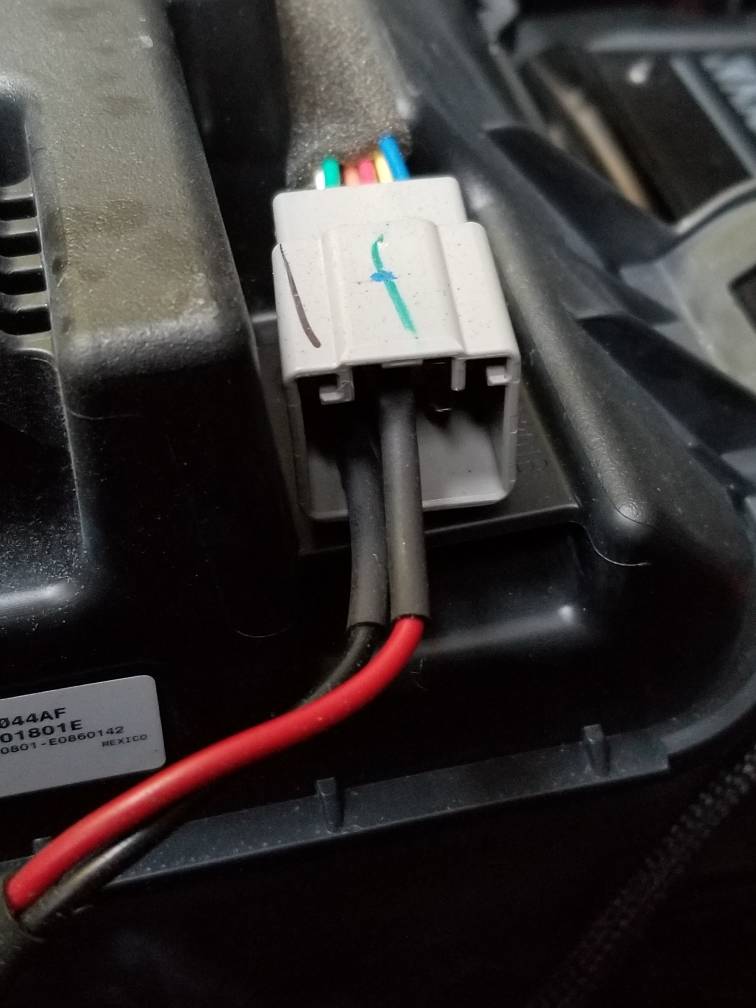 I used an add a circuit, in the rear power distribution block. This is installed at the fuse location that controls the dash power port. In the offset position, this fuse is switched with the ignition. With the fuse inline with the rest of them, it is constantly on. We will install in the offset position (see the picture). 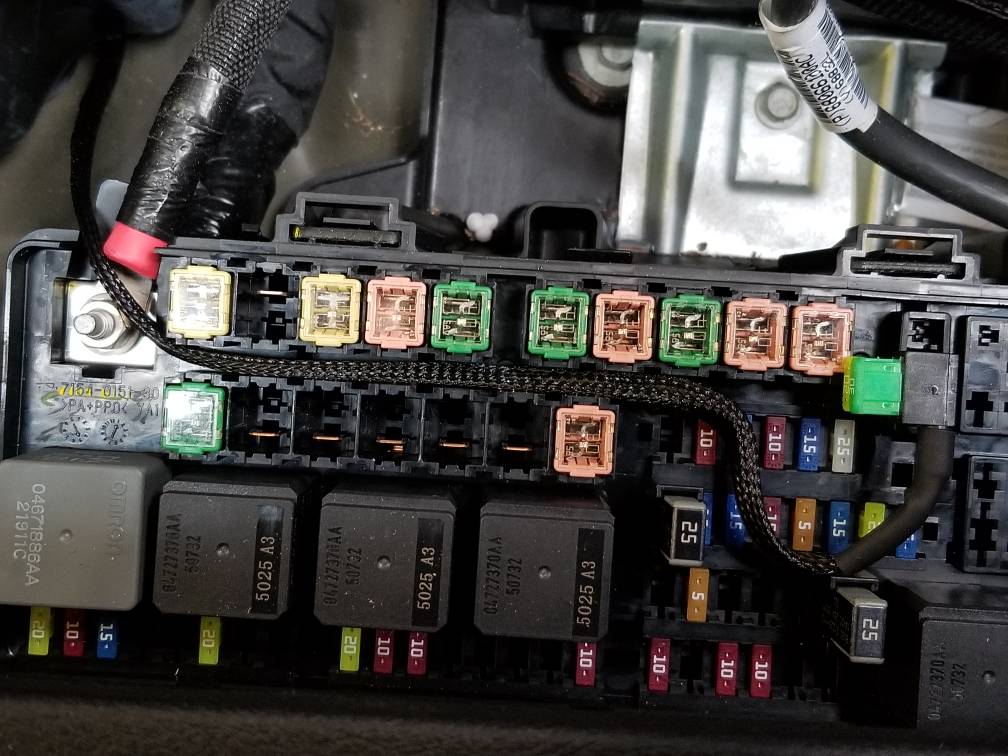 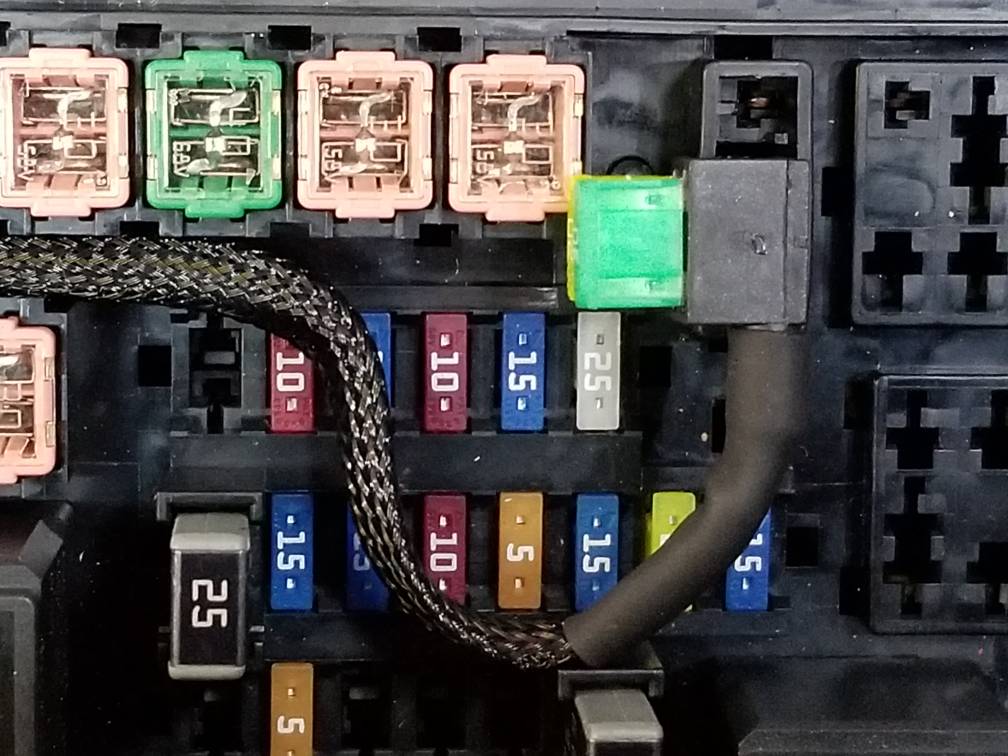 This is the finished product: 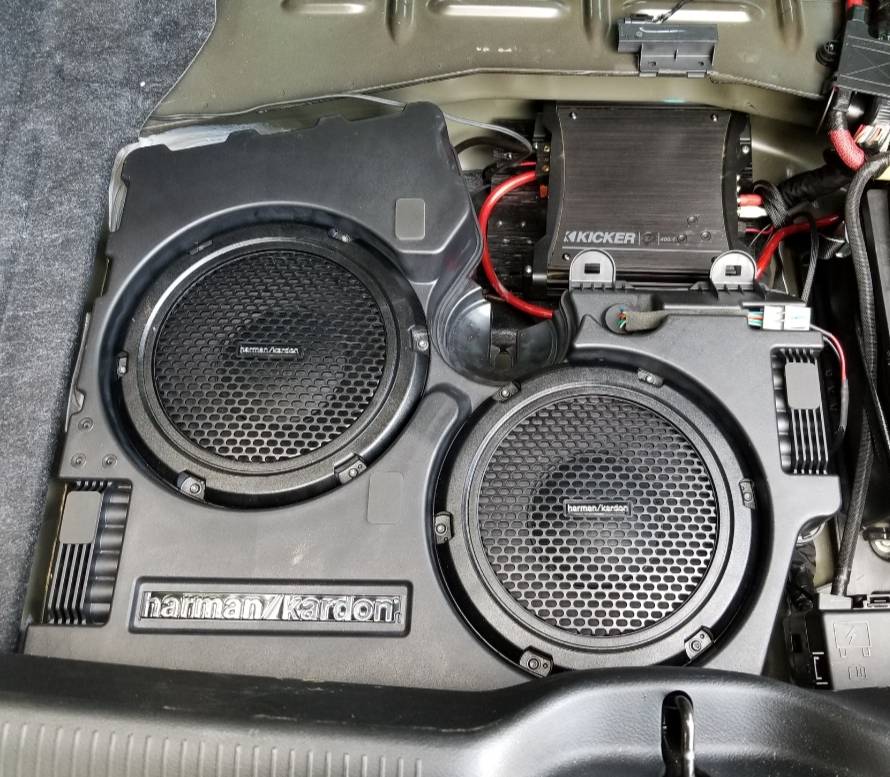 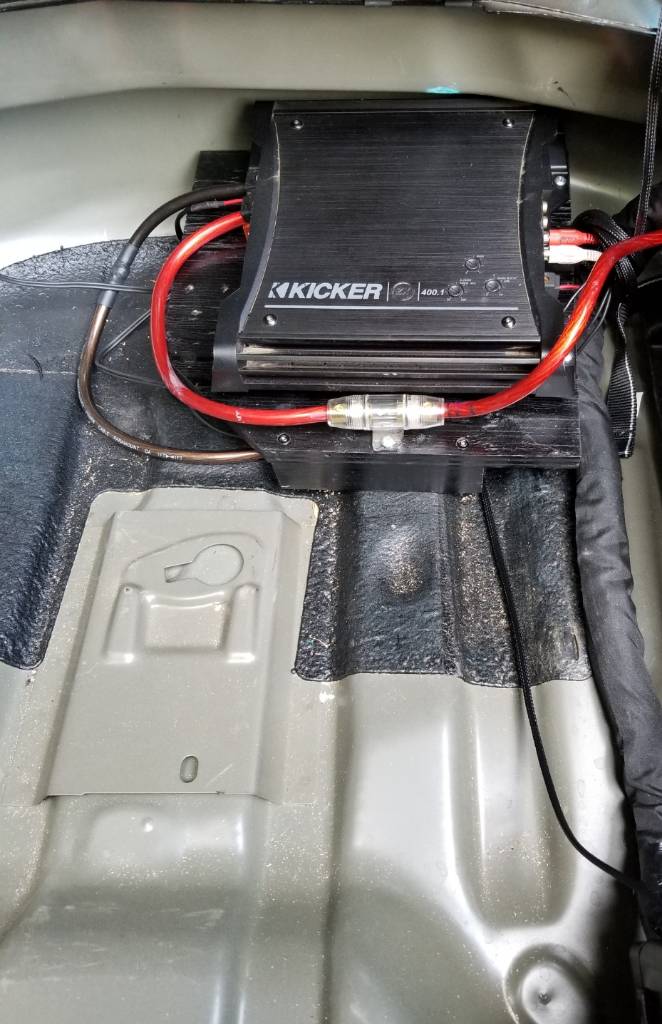 Oh yes... be sure to get the hold down bolt and nut: 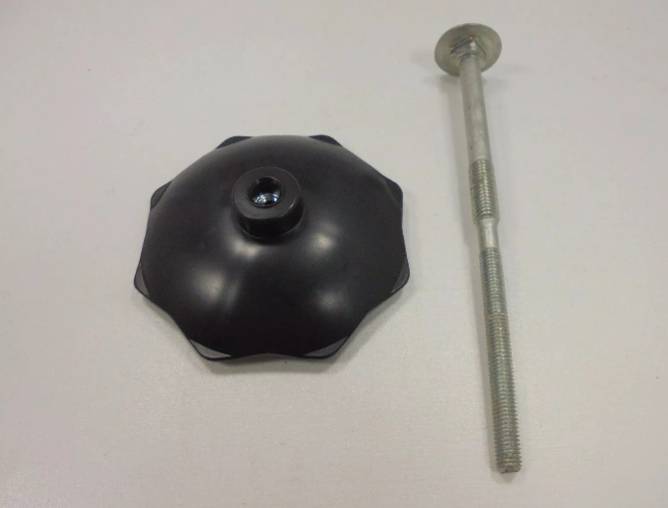 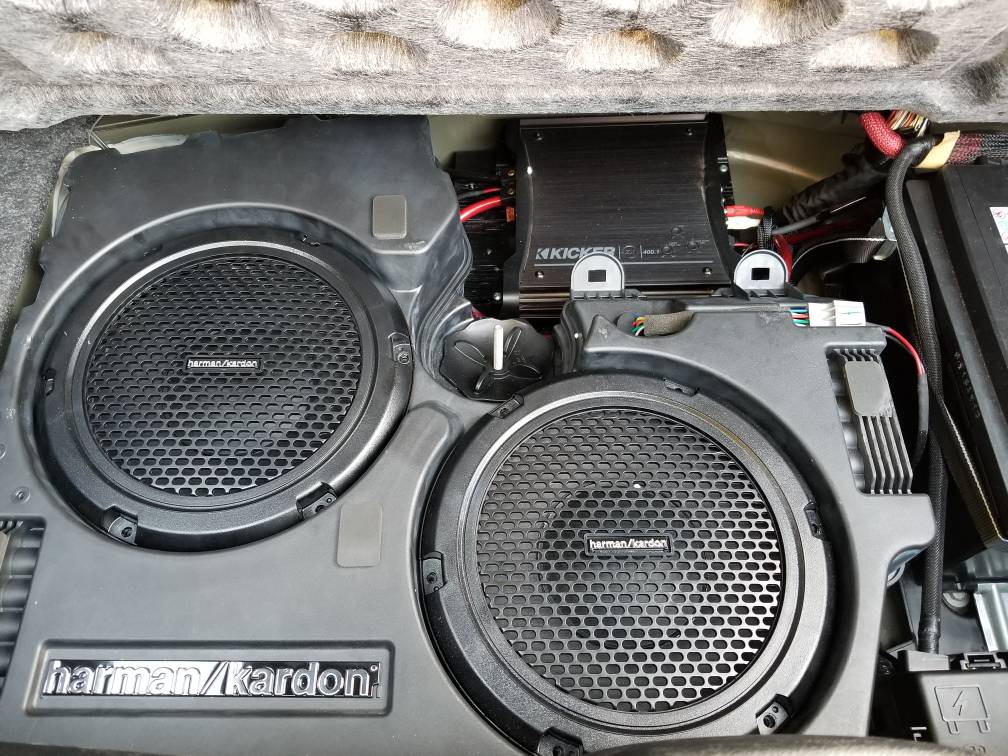 Don’t have a Charger, but looks to be a good Wiki candidate.

Agreed, and I do have a charger with HK. That's a great right up, and great sharing.