What did you do to your Hellcat today?

Got the kitty ceramic coated. Picture doesn’t do it justice. In the sun this thing sparkles. 😎 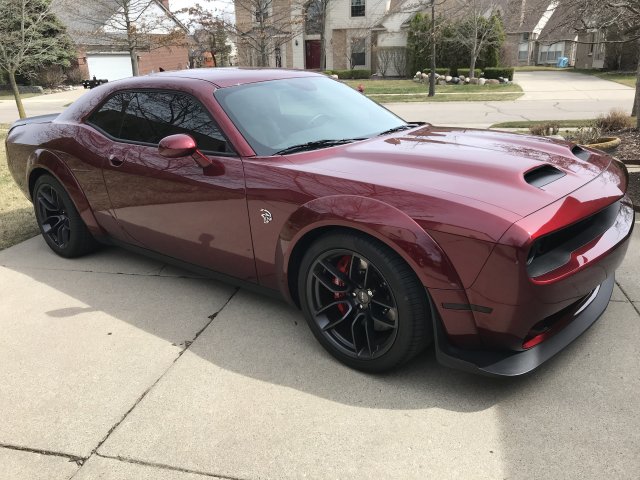 Last edited by a moderator: Sunday at 3:42 PM

Summer wheels and tires on. 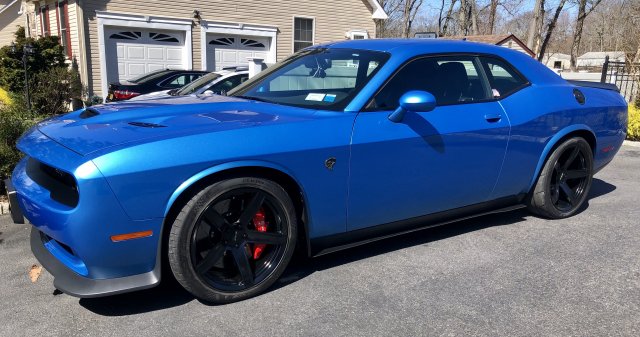 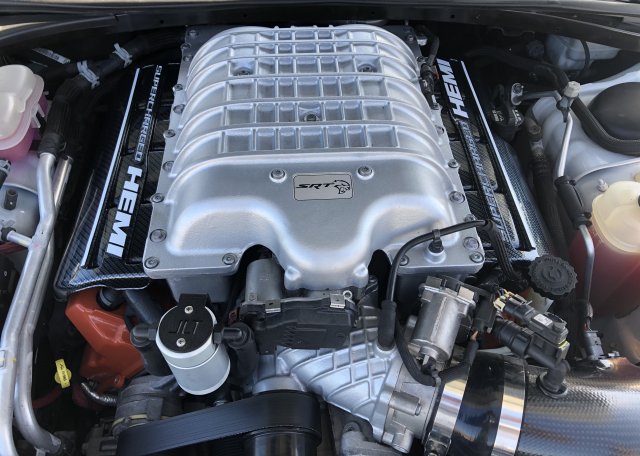 Tore out the engine and installed an old 426 with straight pipes and loud mufflers, and it smokes. Fuck you EPA!

Today my son and I went and dynoed the car's my redeye and his 12 gt and ate breakfast to celebrate his promotion. and I may have ordered a mod or two for the Cat. That is all.

Getting my engine touched up on the 12 th.. Had mine redone 3 years ago and now it needs redone back to red and black. Calipers back to red and hell cat's heads red with red eyes. Done by a 2 electrical engineers. Red and black is the story with black louvers on the back wind shield with red touch ups every where else. Interior, black valoor with red SRT in sig nee ya. Black back sesats with SRT em. Speakers in the back with battery in the back. All the electronics in the front with the CAI Take painted black. All satin black. Never again.

The 426 was too slow last night in downtown New Somalia. Installing two turbochargers and a big blower today. It still smokes and smells like gas. We like it.

On way to get my daily washed, I stepped by the garage to check on the hellcat. Just sitting there all quiet lol

HP Tuner MPVI2 showed up today.
"That magical point where power and resistance come into harmony and settle on your existence…"
"There's something oddly appropriate about using a Mach number for high-speed testing of automobiles..."

Ordered an aFe CAI
I gave in to all the videos on how great the SC sounds with an open CAI. I went with aFe due to the fact it has a fairly tight barrier to help block out some of the engine heat. Not sure I believe their gain claims....
https://afepower.com/afe-power-54-12852r-magnum-force-stage-2-cold-air-intake-system-w-pro-5r-filter
Hope to receive it next week.

Drove it moderately aggressively yesterday, and have to say this suspension controller feels like a very substantial change to the handling and feedback. The road temps are rising here allowing the big Michelin tires to do their jobs. The DA had to be super good yesterday morning, these things can run so good. The rubber is completely silent on the road. Even when straining it. It just feels like better lap times will be easy to achieve. My brother did a one of his first rides in the monster and certainly agreed. I am not sure what he did with those underpants.

Washed that SOB for the first time in like a year (after clearing the port cochere) getting the wash bay set up back out and trouble shot. Went from mud brown (aka HC 4x4 brown) back to black. Also found massive gouge on drivers side rear door. Annoying as hell (think it was my kids probably, because the long doors of the T-bird can reach there easily). Saddens me to see state of the car and even more so the state of my abilities at this point. I used to wash the old Mustangs and my GTO probably twice a week - I mean they were immaculate, show ready just pulling off the freeway. Don't get old and ill guys.

Also took the HC to put the T-bird up for sale, then drove HC to one of my other offices to pick up files. Rollerskate pick up at first acted like he wasn't interested, then like he was, then rolled his window down and kept slowing down (wanting to talk) but I need behind him bc my building was coming up, slowed, got behind him, signalling, pulled into the lot. While wife was waiting outside guy turned around came back pulled into transmission shop next door and idled through the lot looking at the car, then left. (Moral of the story: when the car is clean - people look at it, often.)

Then unpacked the CoverKing Triguard Class 4 cover for the first time since it was bought back before the car arrived in May 2017 and put it on the car. Nice fit, nice material, breathes well. May be just an artifact of this first install, but on mine the USA "shark fin" pocket on tip did not center up right. I left it up above the antenna (don't want a load on it); will double check next time I install the cover. 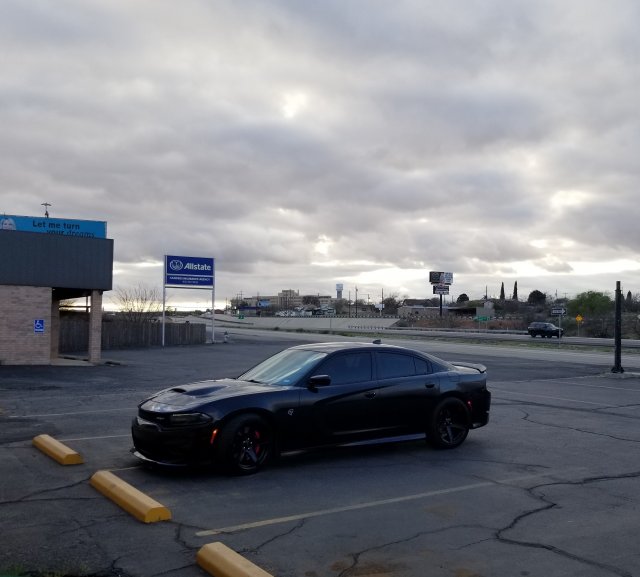 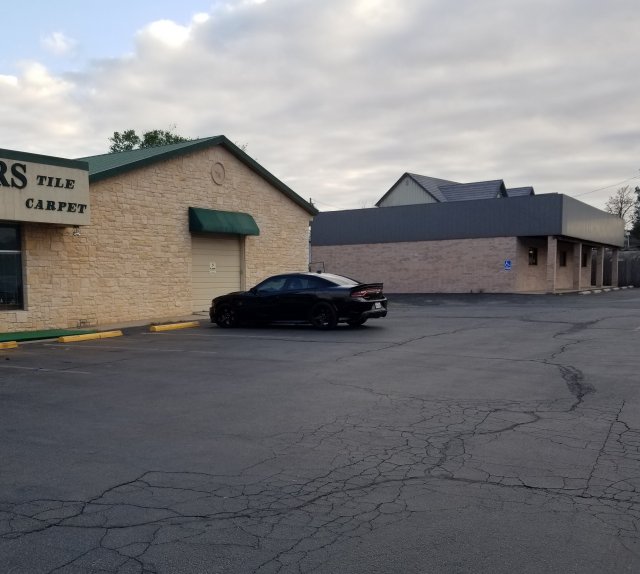 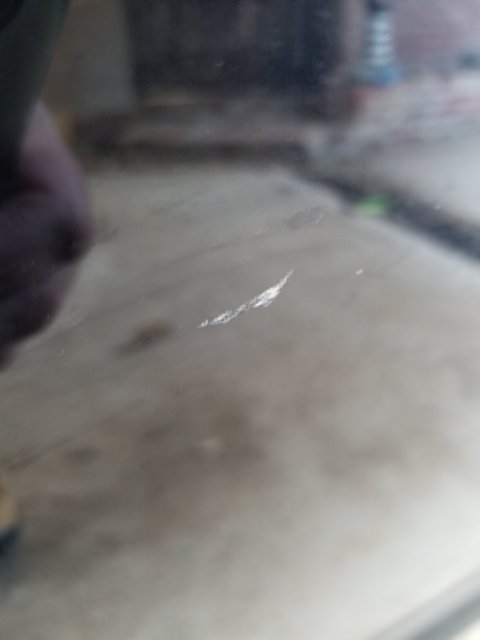 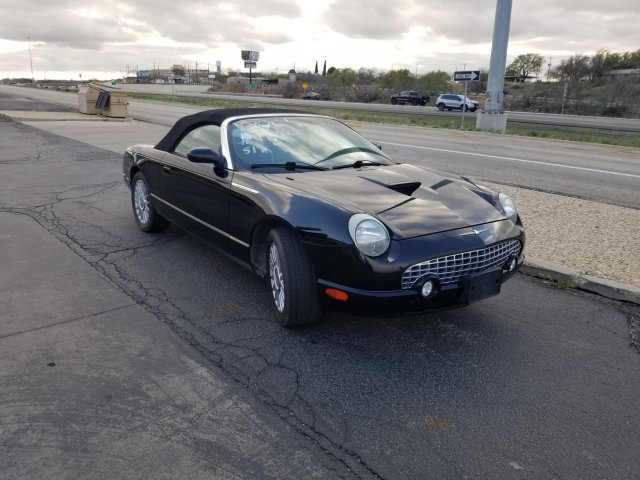 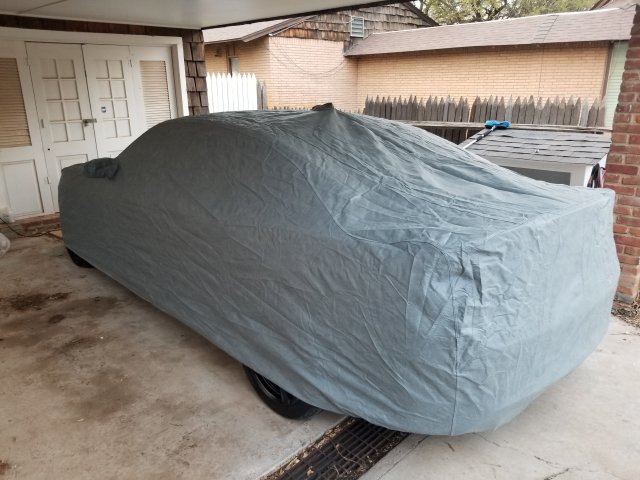 Painted my red eyes emblems red with up coming red eyes. Mentioned all the rest.

Got out for the first time this year at Island Dragway on Saturday (Was their opening day).

Yes I know there is room for improvement! Here is the photo of the car on the 1.55 60ft.

Got the final revision to my tune today😎 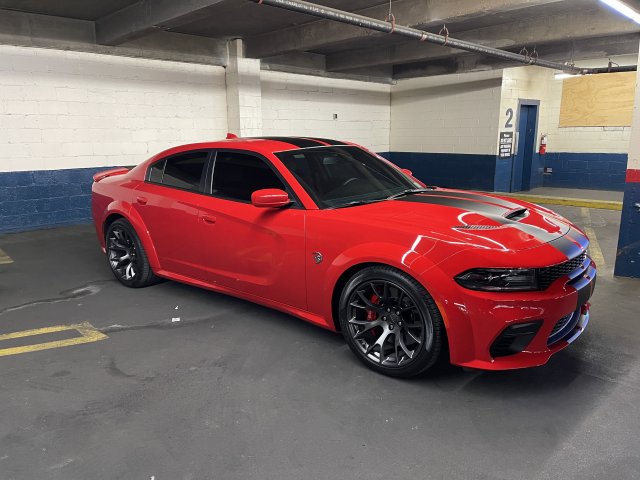