I've always just foot braked my Redeye.
You will see some substantial reduction in your times once the DA drops.
If you can ever run when the DA is negative, it's almost magical.
I've seen swings as much as 4 tenths during racing season.
OP

One of the many pieces of info helping me make that final decision to buy the House in AZ, is Irwindale. The Car has not been hooking there lately and that is a huge bummer.


Then there is this.......I think there is a new Track Manager since I have been seeing some new faces and a few changes here and there. Well, I was helping my Friend and he was the next car to come out to the water box and a mid 80's Malibu Lost it's Tail light 1/2 way down the track. So, I instinctively go over to the front of Tom's car and motion to him to pop the hood latch so I can open the hood. He had just spent an hour fanning down the blower and we like to open the hood if there is going to be a delay to try and preserve all that work we just did to try and make a good pass.............NOT!!!!!!!!!! The lane minder told us we CANNOT open the hood. Even though I am standing outside the car (with the driver remaining in position) and both cars in the bleach boxes are sitting with their motors off, WE are not allowed to do ANYTHING that could possibly cause a delay. I argued with him and he flat out refused. How long does it take to close your hood? 5 Seconds? Completely asinine.

It went as far as him telling me they wanted me to go into the Tower. Also a NOT.

So, I am going to run there today because it is a big “Match Race Madness” and all my Friends are going to be there. Plus, Steve Sherman is putting on the race and I think he will be able to influence what is happening. And he is straight up a Cool person. So I know he would advocate for me if necessary.

Otherwise I don’t think I will be going there much, any more. Such a drag………..

We just got our burnout done Wednesday when it started raining. They backed us out behind the box and we popped our hoods. I have never run into that issue with them saying I couldn't. I have always popped my hood when not running. A drag strip should know that is all you are doing
OP

Well, I had a great time. I made 4 passes. The first one at 2pm was a 6.71 @103. The car was heat soaked. They shut us off 2 times. It was hot and more humid than normal for So Cal. Very next pass was 6.59 and the last 2 were 6.56 and 6.55 @ 105.7. I got to hang out with all my most important friends, plenty of hoods were opened and that particular lane minder was absent. I also heard lots of other people have been having problems with him. Match Race Madness is pretty cool. You match with someone by ET on the honor system for a best 2 out of 3 runs. I won the first race on a holeshot. But the Guy clearly had a faster car. Well on the second round he thought he needed and edge and he left too early. This is all heads up on a pro tree first to the finish line wins. And, this is one time where auto start seemed to be set up properly. It seemed to vary and there were sometimes long durations before the lights came on. A lot of the "anticipators" red lighted! I also drove to and from the track and savored every minute.

Now on Track Prep. This event the prep was amazing. Out of all my friends and all our passes we all dead hooked and the one modified car that usually will spin every pass did have some issues but on his last Race he was able to floor the car from a dead idle and he hooked and ran a 6.15 and won his match by .008 running his opponent down at the last second. This proves that the typical Thursday night they are just cheaping out and the prep is just not going to cut it. It sucks because there have been times where they did a lot better. It seems managment's attitude to let go of the funds changes from time to time. I hear they used one full barrel of PJ-1 Yesterday and you could tell on the initial prep. The track looked amazing before we started running at 2 PM.
Last edited: Jun 27, 2021
OP 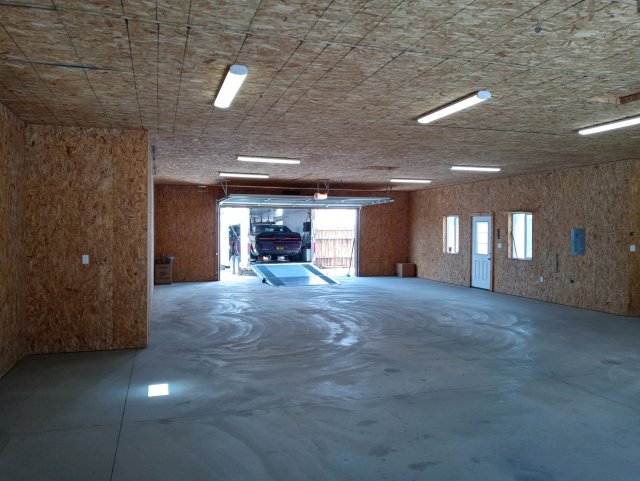 Chuck said:
Air Blower
Click to expand...
I agree, I use my Giant Vac Leaf Blower (push style) to blow out my garage regularly which only takes a few minutes.

By the way: I would kill to have a garage like that !!

City
Home of the Hellcat

The Englishman said:
It that your new garage Ron?
Click to expand...
Yes.... 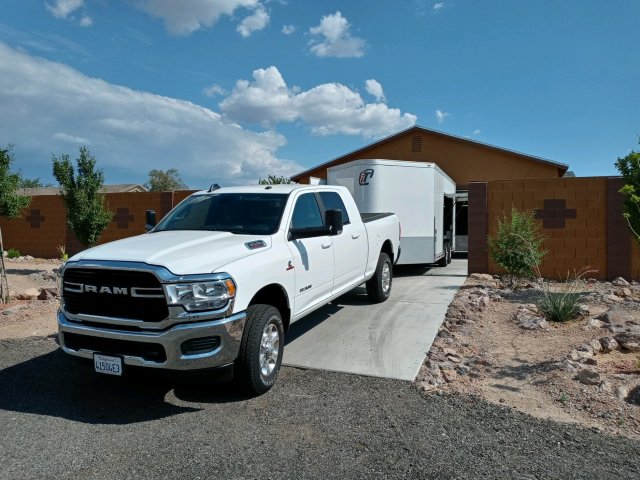 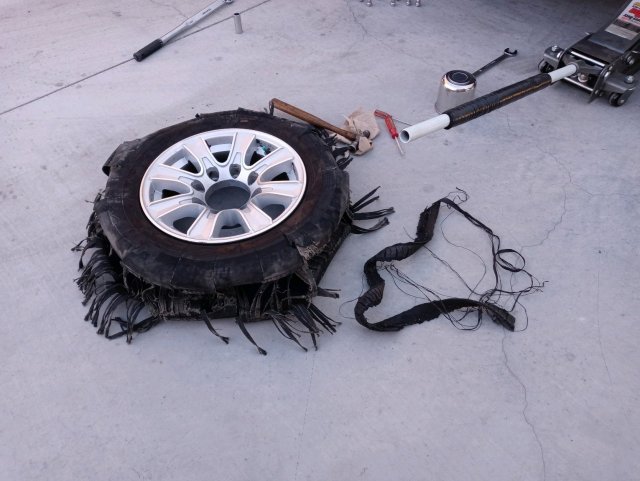 Hopefully it didn't damage the trailer when it decided to give up.

Hey Ron…. Nice place. That garage!! On the subject of trailer tires…. They suck! I ended up buying a set of 14 ply steel belted radials. They are in a category that is called “All Steel”. They even have steel belted sidewalls. Obviously they are going to be more expensive than your standard trailer tires. But you won’t end up on the side of the highway dealing with what’s left of a tire failure or the trailer damage that results. The word insurance comes to mind.

Had that happen twice in one trip an hour a part at 4am. Not fun.
OP

jgilj said:
What the hell Ron, they can’t be that old??
Click to expand...
I am pretty sure I ran over something. I found one good puncture in the part of tire that was left. It would be hard to beleive that would happen if the tire had no pressure so I am assuming that is what caused it. I did not even know anything was wrong. Two Ladies ran up beside me on the off ramp just getting into Kingman and told me. Luckily the other tire would support the trailer just fine......

PS: No trailer damage. The rim got one small low speed impact AFTER they told me about it. I was pulling into a driveway at a shopping center to have a look and smacked the rim on the approach. But the rim was fine and I did not even notice it with the new Tire on there.....

DRAGRCR said:
THIS . . . . View attachment 48399
Click to expand...
Thats a pisser.
Been there and done that. Trailer tires don't seem to last long

vortecd said:
We just got our burnout done Wednesday when it started raining. They backed us out behind the box and we popped our hoods. I have never run into that issue with them saying I couldn't. I have always popped my hood when not running. A drag strip should know that is all you are doing
Click to expand...
Agreed, opening the hood when the track is down for what ever has never been a issue at HRP, I have popped the hood at the starting line when the car b4 me had issue on the track & down time or have hood open all the way up to pulling up to burnout box.